Finland is metal! February 5, 2014 Zelas
friendsit is cold in Finnlandlolitameetupsmetalon the roadparteyPERRRKELEZelas Ghoulqueen Skandinavian Tour 2014
Helsingin on tosi kiva kaupunki!!!
Helsinki was soooo awesome~ but it was way not enough time to visit every places and try everything I want. Hopefully I’ll get the opportunity to visit Finland again 🙂 Maybe in Summer this time!
Day 1 – Wednesday
At the evening of January 29th Mari, Colin and myself flew to Helsinki. Right as we walked to the check-in counters in Frankfurt, we passed some cool looking dudes with long hair and a bunch of instrument cases and Mari said to me “Are you thinking the same as me?” YES! Definetly a Metalband!
So we sat there~ waiting for the check-in to open and silently watching the metal guys trying to guess the band and if they are going to Helsinki too^^; Once in a while one or two of them would walk past us with a curious look and a grin on their faces but none of us had the guts to go and talk to them. As the check-in counters opened they dissapeared in the opposit direction.
But luckily they came back as we already sat at our gate and we entered the plane together and I was able to read the band name on one of their cases 😀
And there was written: Frosttide!
Awesome! I’ve heard that bandname somewhere before and after checking them out on Facebook I recognized that they palyed at last years Heidenfest 😀
So I wrote to them at Facebook as soon as we reached our hostel and made us self at home.
They just came back from the tour with Ensiferum and we exchanged some nice words and made plans to drink a few beers together at the next concert 😉
Those guys are awesome! Go and listen to their debut album here and like their page on Facebook. You won’t regret it! 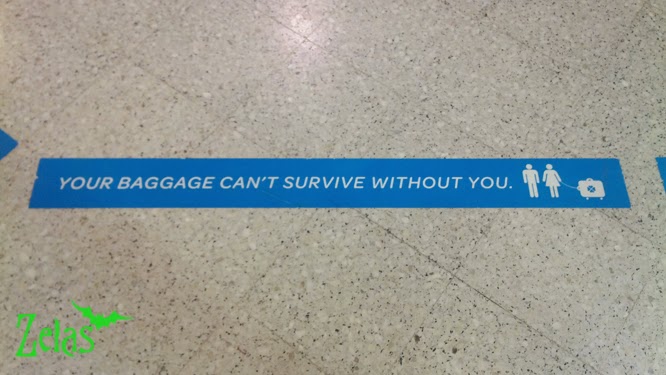 We arrived save and sound at Helsinki airport, picked up our luggage and went to the bus stops.

Outside it was really cold but that was just what I expected from Finland in February 😉 It even was quite “warm” for winter in Finland since it was only a bit under -10°C.
There’s a Finnair bus driving from the airport to Helsinki and back. They charge 6,30€ per ride and take care of your luggage 🙂 Since we arrived late at night, there was only one other person on the bus and it was really relaxing. The hostel was located directly at the olympic stadium just a few walking minutes from the Töölön Halli tram stop. We told the staff that we’d arrive late at night and since the reception is open 24h it was no problem for us to check in this late.

Sadly no blood pancakes at the airport 🙁

Day 2 – Thursday
After a rather pleasent night of sleep we decided to go to the city and check out Helsinki on our own.
At first we went to Alepa wich is a supermarket you find quite often. We bought some snacks and drinks for the day and took the tram to the center. We went to Forum then wich is a big shopping mall right at the center. The Mummin Shop is located there!!! I used to watch the Mummins all the time when I was a child and my grandpa liked it very much too 🙂
Later we went to the harbor and into a cozy lovely café! The sea was frozen all over and I really loved the view! 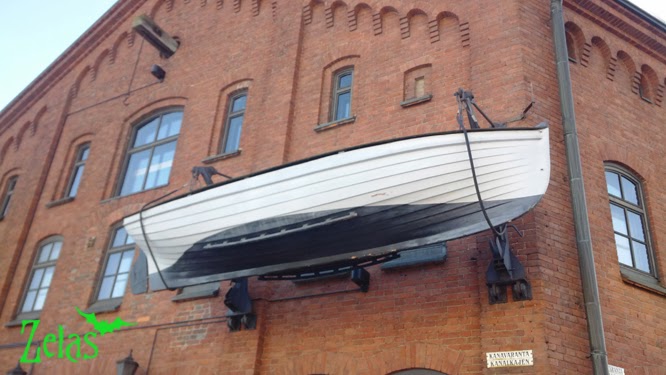 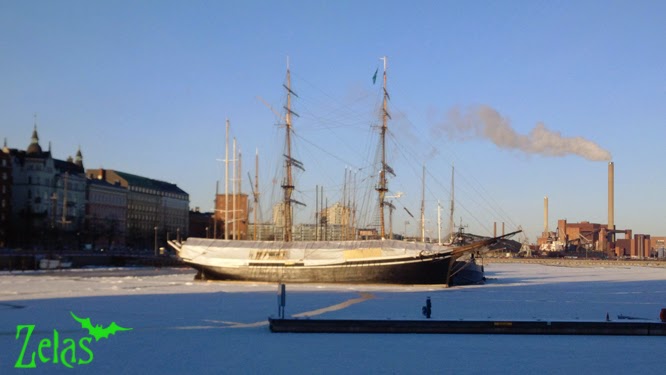 Afterwards we went to the Military Museeum. I wasn’t so euphoric about it but I have to say it was really informative and even funny at some points. For example a newspaper clipping in German! It was written from the Finish to tell their German allies something about themselfes and I really liked the point that went like “… we are quite tall since our ancestors were strong people just as our German friends but we are not so massive in bodysize unlike the Germans, in more peaceful times at least, because our beer is not as good (…)” ^^;
Also there was this funny drawing in a soldiers diary!
The museeum had also some interactive parts. Like PC info screens in several languages, an air-raid shelter wich started to play bomb and aircraft sounds as soon as someone entered it and a trench complete with a cannon that also played sounds as soon as one crawled inside the trench.
Finnish army uniforms from then and now were provided so that we could try them on and compare the gear and all. 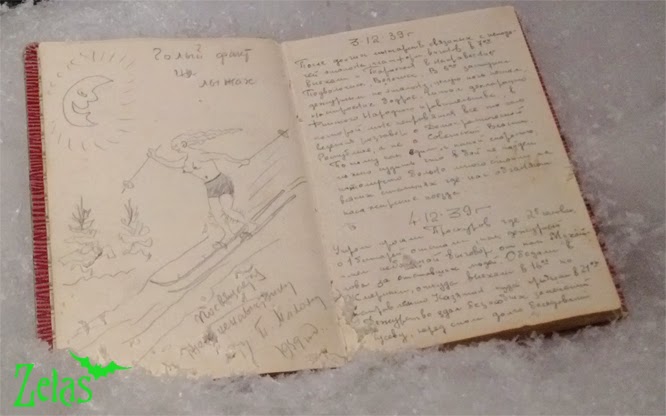 In the evening we wen’t to the bar On the Rocks. At first we were a bit irritated… cuz there were only guys in the bar. And we thought we missed a “boys night” sign or something~ but whatever it will stay a mystery. The bartender was really friendly~ we wanted to drink some local beer. I chose Koff because I saw this advertisement:

Beer and alcohol in general is really expensive in Finland. At the bars you can’t get a beer under 5€ (excep at the HappyHour in Prkl but more of that later). But anyway! I thought Koff must be some kind of manly beer …. but in fact it was more a girly beer. All beers we tested were not that strong.
After the most expensive beer in my entire life we went back to the hostel 🙂

Day 3 – Friday
The next day we decided to travel to Suomenlinna, the fortress isle in front of Helsinki.
I was really happy to see that it was snowing that day and we had a little winter wonderland outside 🙂 The others weren’t that happy about it ^^; And I was the one with like zero grip on her shoes and nearly slipped so many times! But I liked the snow~  no matter what! I really miss the snow here…
Anyway!
So we got up a bit later than planned, went to Alepa to catch some snacks and then off to the harbor. At first we went to a lovely cozy café at a boat not far from the docks were the ferry lies. My grandpa would have loved it 🙂

After a tasty coffee we took the ferry to Suomenlinna. The crunchy drive through the ice took only 15 minutes. Sadly all cafés at Suomenlinna were already closed and we just had an hour until the museum closed too. I don’t liked it very much that I just had so less time in the museum. We raced through the exhibition and watched the info-film. Afterwards we wandered over Suomenlinna on our own 😀 I wanted to go to the cannons at the shore so we went there!
It was really really windy there and as it already was kind of cold that day the wind made it even colder. 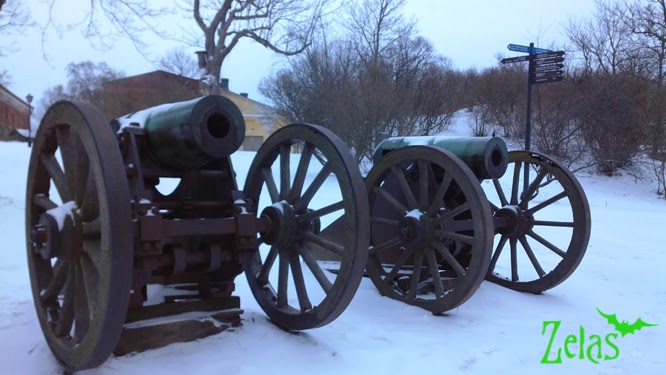 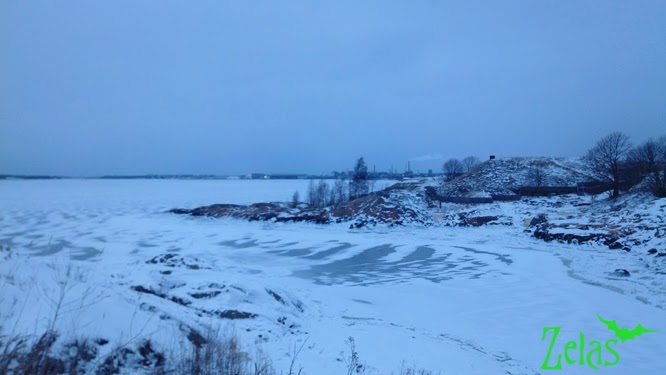 On our way home we bought some beer and microwave food at Alepa and had “dinner” at the hostel. I bought some Köttbullar with mashed potatoes~ and I was sooo happy that I know at least a handful of Swedish words because the instructions on the package were only in Finish and Swedish ^^;

After we had finished our meal we took off to the Prkl Club! 😀
Upstairs there is just the bar and around 10pm the club downstairs would open. The entrance fee for downstairs is 3€ and includes the garderobe. Every evening there’s a happy hour with one brand of beer, a shot and a longdrink. That day they had a skate punk themed evening with lot’s of bands like The Offspring, Linking Park, Limp Bizkid and stuff like that. A Playstation One was provided with Tony Hawks Pro Skater 2 on a big screen. AND there also was a band playing! Awesome!
We had a really nice evening and stayed until 2pm. On our way home Colin and I made angels in the snow XD~ wohoo! (Mari: “…they said the snow wasn’t cold!”) 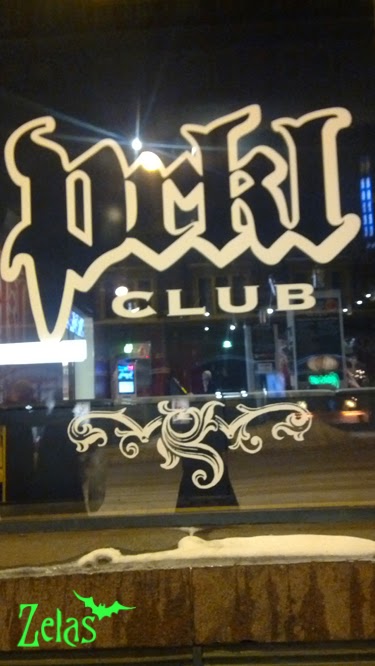 Day 4 – Saturday
The day of Hellocon, the Helsinki Lolita Convention 😀
Mari and I got ourselfes all ruffled up and went through freshly fallen snow to the convention. At the entry we got spotted by Duplica 😀 It was such a long time since we last met and I was really happy to see her and all the lovely girls of team Austria again.
The Hellocon itself was really cool. So many nicely dressed girls and boys.
The programm included Q&A panels, fashionshows and a dance show with ballet and pole dance!

In the evening after the con we went food shopping with Iira and went back to the hostel to eat. And guess what I finally found with Iira’s help!? !!!BLOODPANCAKES!! Wohoo! I really liked them. A whole package is way to much for me alone but they have been really really tasty!!! Afterwards we went to the After-Show “party” of the convention 🙂 We drank a beer and had a nice talk with team Russia, so we invited them to go to Prkl with us 😀
This evening there was “Trashdisco at Prkl wich means metal and trashy songs combined (for example: they palyed “What does the fox say” followed by “Symphony of destrucion”. We declared our table to the party table and everyone who joined the table had to introduce him-/herself and drink with us. We met a lot of cool people there!
I also felt like in “long haired – bearded men – heaven” and supposed a metal band member in everyone 😉 One guy told everyone that he’s the drummer from Lordi. Either it’s a running gag in Finland or a really cheap flirt line, hehe 😛 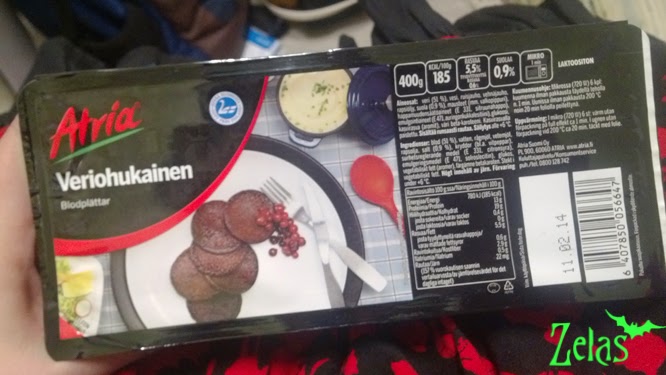 Day 5 – Sunday
So we came home to our hostel at 4am~ the way back included along walk that didn’t seem long at that time and rolling around in snow again! 😀
The Teaparty took place in the afternoon, so Mari and I had lot’s of time to sleep and got ourselfes all frilled up. Outside of the venue we met team Russia and had a little talk 😀 Inside we sat together with Team Austria, Team Switzerland and (another) Samuli from Finland.
There was a teeny tiny buffet with macarons, sandwiches and stuff and tee of course. Before we all got the opportunity to have a little meet and greet with Ashizawa Yuko, the designer from Atelier Pierrot and Midori Fukasawa, there was a small programm with a raffle and a ballet performance. 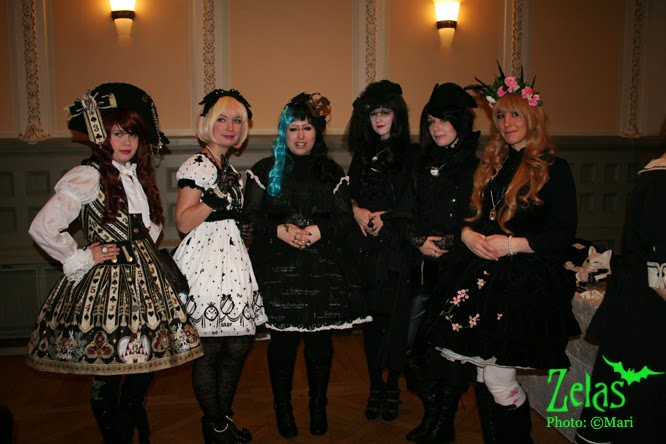 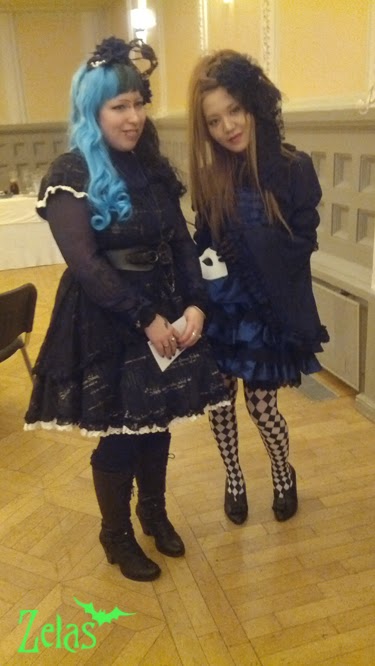 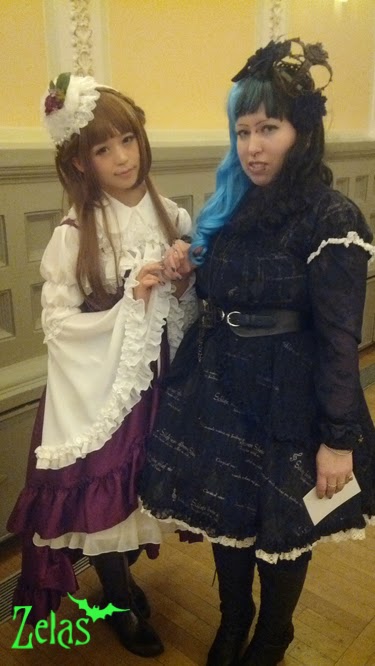 After the teaparty Mari and I went back to our hostel, slipped into some comfier and more practical clothes and went back to the city. We decided to go to Prkl to buy ourselfes some T-shirts 😀
We strolled around in the city and finished the day with a burger dinner at the Morrissons~

Day 6 – Monday
We packed our stuff, got some breakfast from Alepa and took the bus to the airport.
I bought a Finish metal magazine wich I hopefully am able to read some day~ and then we took our flight back home~

I met so many lovely and nice people there~ here are some BIIIIG hugs for you! I hope I have te opportunity to meet you all again
♥ ♥ ♥

Bye bye Finland!
I will come back one day!
Nähdään pian 😀 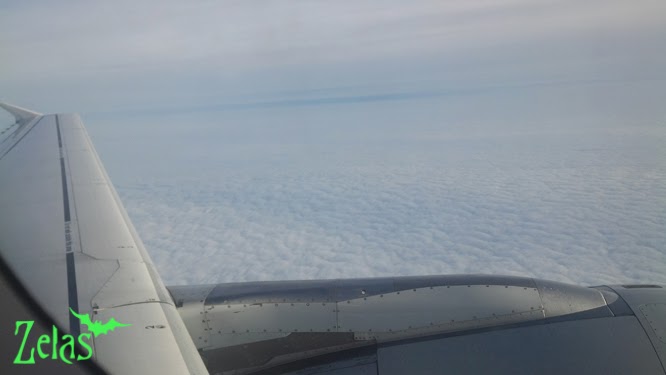