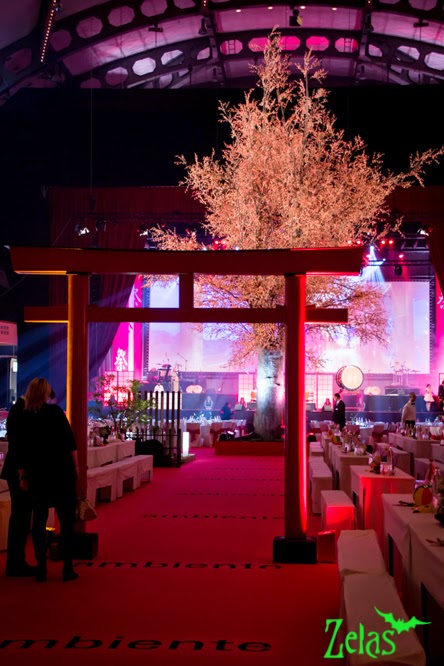 So~ the myCostumes Party-Team was on a secret mission yesterday 🙂
We were invited by the organizers of the Frankfurt fair to take part at the opeing ceremony for this years Ambiente! The guest of honor this year was Japan and they wanted to show all facettes of Japan to the guests at the event. We were a lovely bunch of Cosplayers and Lolitas 🙂
We guided the audience in an Alice in Wonderland like adventure on stage and afterwards we were walking around in the giant hall to take picture after picture with the audience.
On some point most of the bussiness men were getting really drunk and a bit annoying grabbing us around for pics but it was ok. We mostly had lot’s of fun and it was a crazy evening. 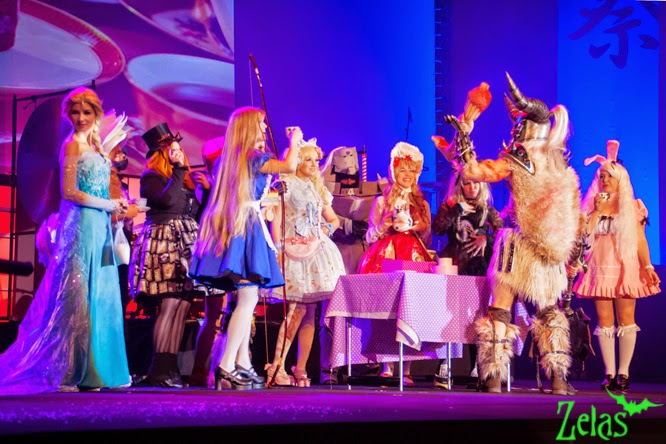 The Festhalle is one of Frankfurts biggest and most known venues! There are events and concerts all over the year. Big sport events, Musicals, Concerts and so on. It was just awesome to be there backstage and on stage. We had some of those awesome dresser rooms with name signs on them~ catering and all that. Makes you feel really great ^^
Next Post
Previous Post