He just want’s to play

He just want’s to play May 9, 2014 Zelas
carnivalcircusfreakshowzombiewalk
The Horror Circus was visiting Frankfurt again~ and since the Zombiewalk worked together with the Horror Circus team and made some advertising and a little competition we got invited to the premiere show. 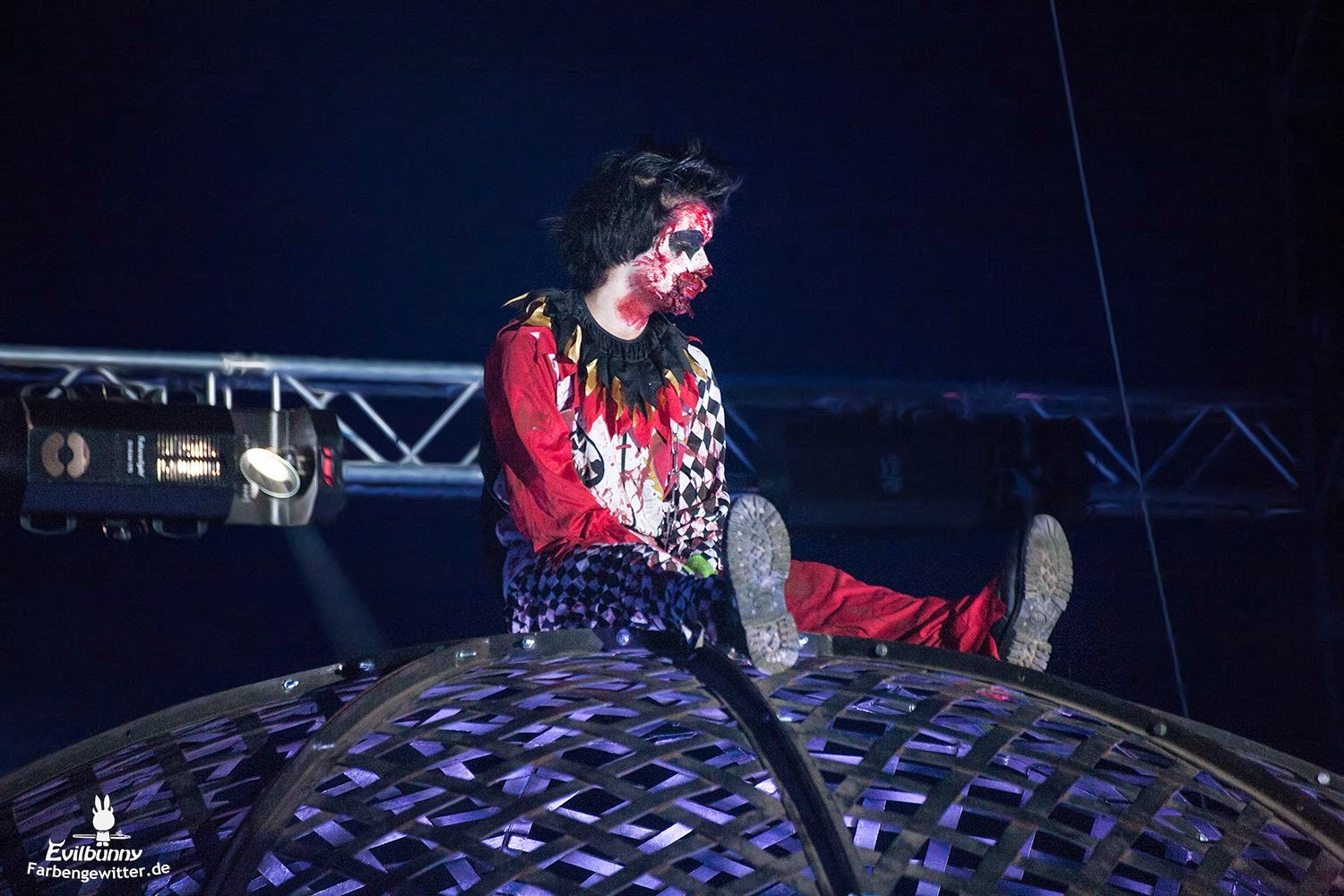 At first it might look like any other small traveling circus but instead of ponies and clowns we were greeted from Zombies and other monsters that didn’t mind to use every chance to scare the audience a little 😉 After making our way in through a labyrinth of monsters we bought some delicious popcorn and went inside (there waited even more monsters)!
The show started with a creepy clown that looked like he jumped out of a Steven King novel and a tiny child on a swing… 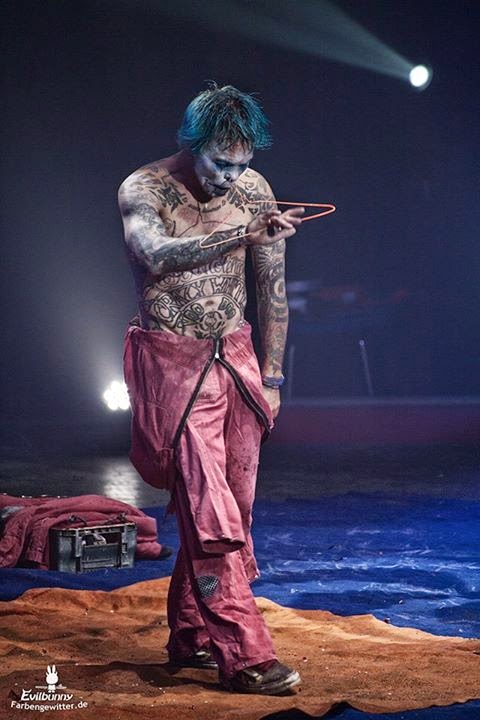 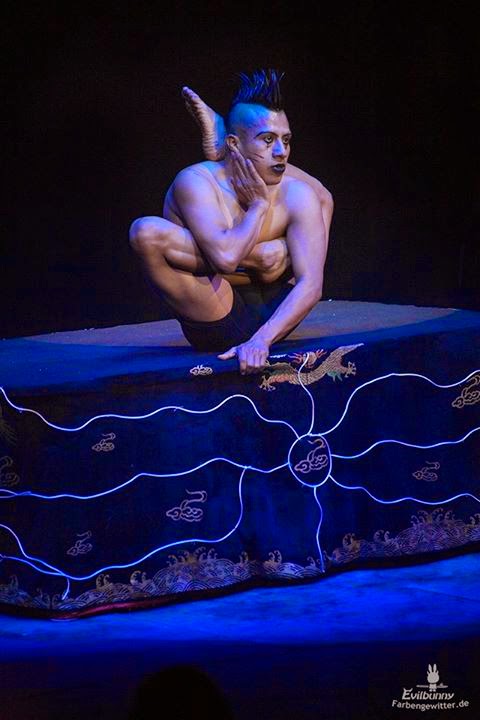 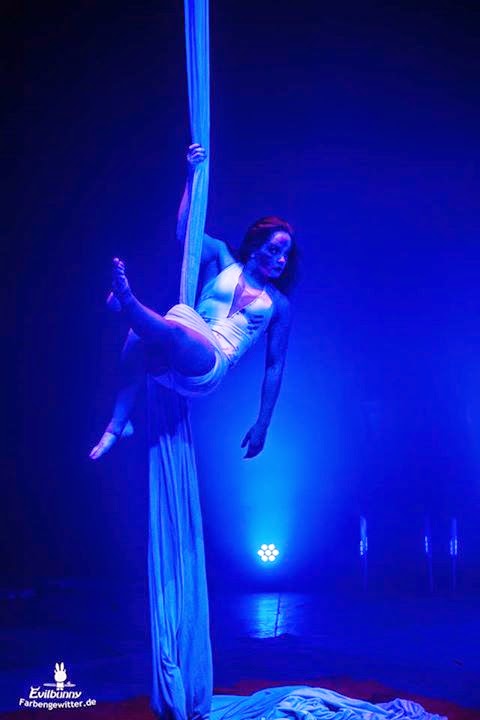 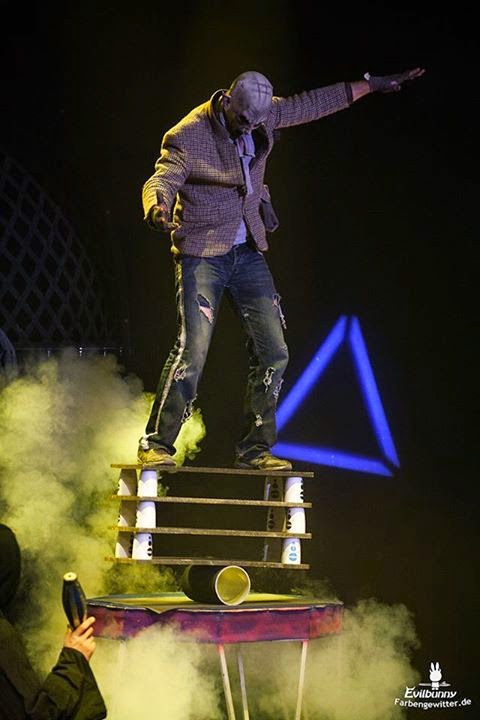 Acrobats, jugglers, a high-wire performer, knife throwers, contortionists and much much more. My personal higlights were the Freakshows of Crazy White Sean and the undaunted guys with their bikes! Three guys on bikes driving in a cage~ it was breathtaking!
If the Horror Circus is in your city and you have the nerves to go there~ DO IT! You won’t regret it and it’s worth every penny. If you brave enough take a seat in the front row 😉

Photos by Evilbunny
Go and check out her work! She’s amazing 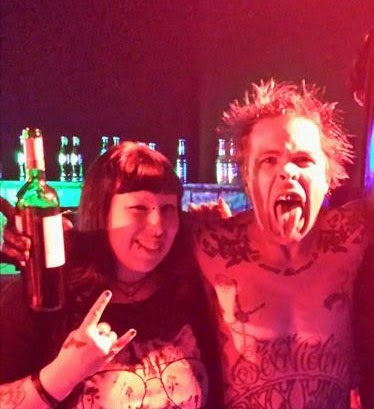 RIP Crazy White Sean
Thank you for giving me the pleasure to meet you in person!