Home / life / random / something about myself / Umm… hello!?

Umm… hello!? May 4, 2016 Zelas
liferandomsomething about myself 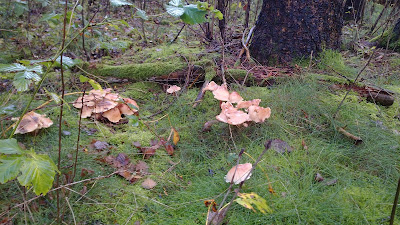 One of the things on my list for this year was “more blogging” but as it’s already May now it seems it didn’t start that well… although I got a few unfinished posts here. Oh yeah!
But despite all the stress and chaos I also feel kind of motivated to do stuff at the moment!
We already planned a lot for this year, big and small, and I hope there will be a lot to post about!

Last year was really weird and chaotic running by so fast with a lot of things to happen. Some of them good, others bad. Like it is with years. I think it’s just what they do and there are always things that trigger the “It was my worst year ever” stuff…
Always!
There was a lot of stupid stuff, stress and chaos but I want to focus on the positive things and I also don’t want to give a full review of 2016. Would be a bit too late now that it’s May already wouldn’t it?
So I spent much time at the stable: Training lessons, trails (one of them was 6 hours!) helped with events and finally got a riding badge I wanted to train for for a few years now. We adopted two adorable black cats in summer and the one year anniversary is drawing near. We found a wonderful group of people from our region, a heathen hearth so to speak. And there were so many small and beautiful things throughout the year~